We are Hollywood Karaage, from the Nakatsu SAMURAI

We are available to speak on a range of topics through the lens of our experiences at Hollywood Karaage.
Whether it is concerned with our business, raising children or changes in social welfare.
Or how did we come to challenge the global market from the middle of the rice fields in the remote countryside of Japan?
We can present information based on our actual experiences. The reality is even more marvelous than a novel!
Please refer to our contact page for how to get in touch with us.

After graduating from Meiji University, he began work in private enterprise and then as a civil servant following his marriage. Although living happily with his wife and son, he was sadly widowed and Masato joined the family business (Rising Hollywood Co., Ltd.). While spending precious time with his only son, he began the hard struggle of developing the business of Hollywood Karaage. His son successfully passed his University entrance exams and is now in his second year at Keio University. (2016)
During Masato’s time as a civil servant, he received government and prefecture requests to speak on a variety of topics.
Since entering the company (Rising Hollywood) in order to make his own income he has begun the process of opening stores across Japan.
A Karaage maker who applies for MONDE SELECTION and Trademark Registration by himself without Consultants and Patent Attorney. 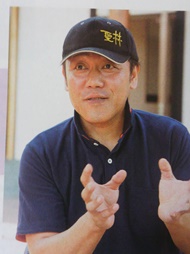 In 1987, he began working for a social welfare corporation which provided support facilities for people with disabilities called Kumamoto Kosumosuen. His main role was to help improve the income of workers with a disability. At the same time, working in the role of manager of sales promotion department of the Kumamoto Prefecture’s self help workplace organization, Katsuhiko also became involved in the management of the Nice Heart Shop, an organization which sells products made by people with disabilities. In 2011, he joined partnership with Rising Hollywood to improve the outlook of clients and together they formed a “Support for continuous employment – Type A services” facility, and “Hollywood Karaage Matsubase” store was opened. Since then Katsuhiko has worked as both store manager and chief administrator of our Matsubase store where he works hard everyday with a smile (?). 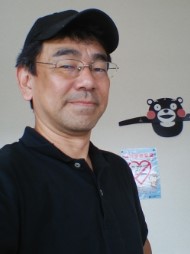 We are Hollywood Karaage, from the Nakatsu SAMURAIRising Hollywood